This circa-1910 sanctuary in downtown Houston had the largest membership of any Methodist church in the world and a new pastor on December 27th, 1983 when an explosion tore through the building. The focus of the blast, near the front edge of a
balcony section, opened up a hole from the basement to the roof structure, completely
destroying two large panels of art glass, and extensive sections of plaster ceilings,
scorching the mahogany paneling and woodwork, melting the zinc organ pipes,
and spreading smoke and water damage.

.
The day after, Ed Reichert (a church member and project manger at CTJ+D) was hired to begin restoration work. Barry Parks, who had been working closely with Reichert on Second Baptist Church – Houston, was selected to assist. After the initial damage survey work was completed, the church voted to use this as an opportunity to update and revise the interior to meet current needs.

.
Parks was assigned responsibilities for the alterations portion of the project that ensued.
The most conspicuous change came to the choir loft which grew from a seating capacity
of 30 to 100 by lifting the loft and pushing to either side. A new pipe organ screen was
designed to support the new pipes at the modified elevation. A system was designed to allow the entire chancel to be turned into an open platform. Salvaged chancel furnishings were modified to allow for their removal.  A new sound cluster was installed, additional lighting added for video, additional cooling added to offset the heat gain from that lighting, and an organ lift installed between chancel and basement. 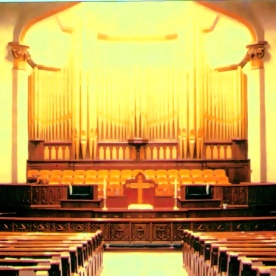 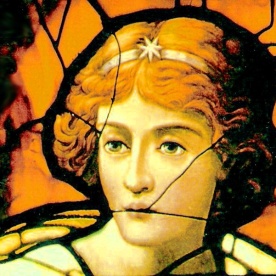